Joined Mar 4, 2011
·
434 Posts
Who watched? That Golden was SO close to Best in Show. I thought maybe the Boxer, Whippet or Shetland sheepdog would challenge the Golden. Never the poodle. Oh well, all dogs looked great. Hard to believe a Golden has never won Best in Show. Maybe next time.

Joined Jun 7, 2010
·
20,728 Posts
Knew it when the judge got out of the limo. I grumbled to my sister that the judge was NOT going to pick a golden retriever. I hoped I was wrong, but wasn't surprised.
► Show Full Signature

Joined Sep 29, 2012
·
4,121 Posts
Daniel, the Golden Retriever who won the sporting group and competed in Best in Show, is my Khaleesi's brother, so I was rooting super hard for him. He's the #1 Golden in the country right now, he won the 2019 GRCA national specialty that my club hosted, and he is handled to perfection. But it was not to be. Nice to see he was a fan favorite, though.

I wonder if a Golden will win Westminster in my lifetime. I doubt it. It has never happened since 1877. The Wire Fox Terrier has won, like, 15 times. You'd think in all those years there would be one Golden in the world capable of winning. But, no. And likely never will. We're just too "common."

Joined Feb 23, 2011
·
1,486 Posts
I was disappointed the poodle won.
I of course wanted Daniel to win being a Golden, but my girl was recently bred to a boy that was their yesterday competing against Daniel (and the other Goldens) and I wanted him to beat Daniel!
Happy for Daniel and the Golden community.
► Show Full Signature

Joined Aug 20, 2010
·
1,124 Posts
Daniel is so beautiful! I wish he had won. Hard to believe a Golden has never won. If the Westminister peeps can't figure out how beautiful they are, they must not be too bright. 🤪 😂

Joined 8 mo ago
·
50 Posts
I posted in another thread (incorrect forum😊) that we were able to watch all of the Goldens live on the GRCA website. Such beautiful dogs and we recognized quite a few breeder’s names which made it even more fun. Daniel carries himself with such joy and happiness that you understand why the crowd was cheering for him. He and his handler have such a unique and special bond that cannot be denied. He was the dog that made you smile. It seems crazy to me why the judges don’t see the perfection that the rest of us see, but that is their loss.
Daniel’s sister also won Best of Opposite Sex. What a glorious day for all involved. I also did not realize until I looked at Daniel’s pedigree, that our girl Allie and he have the same Sire.😊

Joined May 31, 2014
·
458 Posts
I really wanted the golden to win, but when I saw that their was also a Fox Terrier and a Poodle, somehow I knew it would be one of them. Still held my breath the whole time for the golden! I mean, how can you not pick the golden?? Especially one who expresses himself with such joy and happiness??
► Show Full Signature
Autumn Harvest Moon II (aka Autumn) born March 2000 Crossed the Bridge August 2015
My 1st Golden and 4-H obedience champion who taught me so much about training and showing. You're the one who made me realize Goldens were the only breed for me! You are missed, my sweet girl.
Seraphim's April Love CD (aka April) born April 2011 Crossed the Bridge October 2019
My sweet little cuddle bug/lap dog golden who loved obedience and frisbee! You are very missed sweet April girl!

When that happens - it is a very good sign that the judge is looking at the dogs vs the handlers and knows what they like.

In the sporting group ring - I thought it was pretty interesting to see which dogs fared well - the dogs who were showing their butts off did well. There were some who seemed to be hanging back or not showing their best and it may be that made a difference in them not getting pulled out.

My only eh moment when the golden won was immediate comments the handler made right after. It was HER win... instead of the dog's big win....

The best of show ring at Westminster... I feel is very political and any dog can win for a variety of reasons.
► Show Full Signature

Megora said:
It was his daughter that won best opposite.

Thank you. You are absolutely right!😊
Click to expand...

Joined 13 d ago
·
2 Posts
Absolutely not qualified to judge these Dogs, thought the poodles hair cut was very bad. The Goldens hair style was normal and looked great and he should have won. I like the Dogs that look like they normally do and not dressed up. I don't think the dogs like to get there hair fixed up. We have had Poodles and they are awesome and i'm happy for the winner, just feel bad about his hair style.

Joined Apr 23, 2012
·
7,205 Posts
I think it would be better if the judges had to keep a written scorecard and show how the dogs scored. It would be interesting and informative to actually see data as to why the poodle and the whippet scored higher than the Golden Retriever.
► Show Full Signature
Dave

Joined Sep 30, 2005
·
11,711 Posts
In my 63 years of owning dogs, I have owned 6 English Setters, 2 Irish Setters, 6 Goldens and 3 Great Pyrenees. Of course, the setters and the golden belong to sporting group, the Pyr to working group. Out of these 43 breeds, there has been a single win. an English Setter won once.. The goldens bring the loudest cheering. And last night, that was a roar. I was thrilled when he was picked.


Goldens bring light into the world.

DanaRuns said:
Daniel, the Golden Retriever who won the sporting group and competed in Best in Show, is my Khaleesi's brother, so I was rooting super hard for him. He's the #1 Golden in the country right now, he won the 2019 GRCA national specialty that my club hosted, and he is handled to perfection. But it was not to be. Nice to see he was a fan favorite, though.
Click to expand...

That is SO cool!!! I wondered if he was connected to anyone here! I have it all on my PVR - have not had a chance to watch.

This is a really fun video scroller - fun captions: 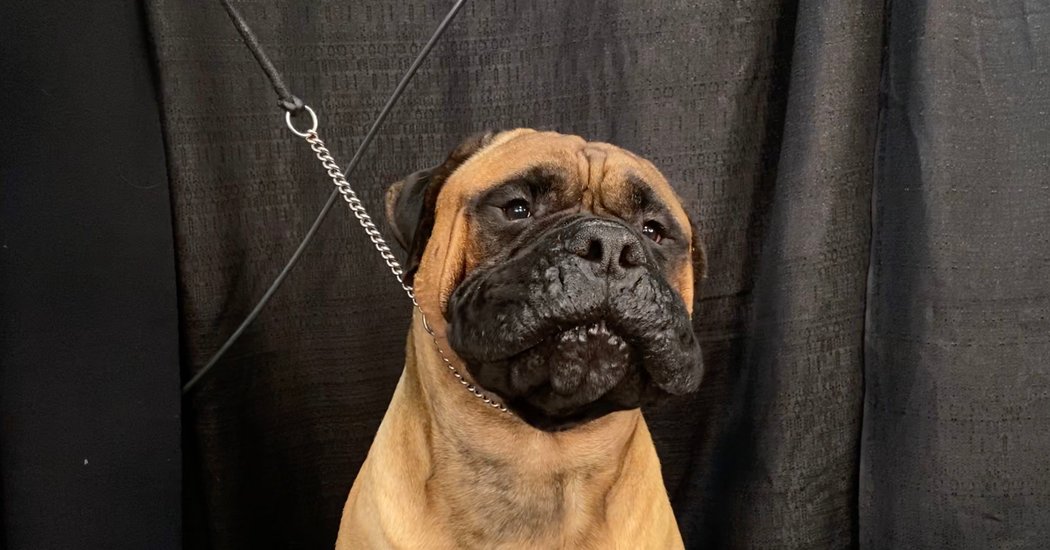 Setting the Standard at Westminster

Siba, a standard poodle, was named best in show at the Westminster Dog Show. We spent the leadup to the final event taking a look behind the curtain.
www.nytimes.com
► Show Full Signature
"Joy and loyalty wrapped in sunshine "

"You become responsible, forever, for what you have tamed."
-Antoine de Saint-Exupéry

That was great. Thanks for sharing.
► Show Full Signature

Joined Nov 5, 2016
·
980 Posts
I've enjoyed the twitter posts about this. Some of the ones in #danielwasrobbed are hilarious.

Joined Aug 11, 2011
·
248 Posts
I was only able to watch a little of Daniel's showing at Westminster, but wow, what a gorgeous guy! He made me proud to be a Golden owner. And his beauty is so natural without all kinds of artifice needed. Also glad to see he was such a favorite with the audience. How could he NOT be!
A

Nothing wrong with the poodle cut. It all goes back to original function. Despite AKC putting poodles in the non-sporting group, poodles were originally water dogs for retrieving fowl (similar function as goldens). The original purpose of the continental cut was to protect important organs but remove coat bulk to make swimming a little bit easier. Now poodles really don't serve that purpose obviously, but the coat clip is a hallmark of the breed.

Most poodles have been groomed from a very young age, they do love it. You would not be able to groom a dog that precisely if they didn't like it (not without a lot of issues anyway).
► Show Full Signature

Megora said:
My only eh moment when the golden won was immediate comments the handler made right after. It was HER win... instead of the dog's big win....

The best of show ring at Westminster... I feel is very political and any dog can win for a variety of reasons.
Click to expand...

It really REALLY bugs me when we get show reports and it is the handler's name and not the dog's- they are already too prima donna and while it may be somewhat true it encourages the idea that the face and not the dog is who takes the win.
► Show Full Signature
Be Impeccable With Your Word.
Don't Take Anything Personally.
Don't Make Assumptions.
Always Do Your Best.
-Don Miguel Ruiz

GoldenDude said:
I've enjoyed the twitter posts about this. Some of the ones in #danielwasrobbed are hilarious.
Click to expand...