Not a Golden, But This Beautiful Boy Needs a Home 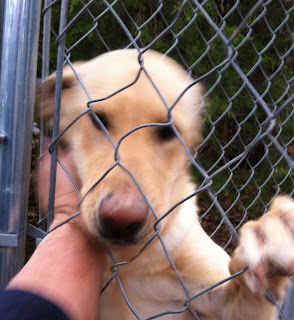 ​
This email is circulating around Bart's office by a guy named Mike. Of course, he wanted me to post it on the girls' blog and facebook page. I gave Bart the info on a couple of lab rescues near here to pass on.
Anyone interested in a yellow lab?


I was told he is full blood and not quite a year old. The dog was never registered, so papers may not be available. He was given to a friend of mine by a relative that could not keep him. My friend didn’t want the dog, but the relative assured him that he only needed to keep the dog until they found a home for him. That was three months ago. The dog is currently being kept in 8x10 pen and gets very little attention. 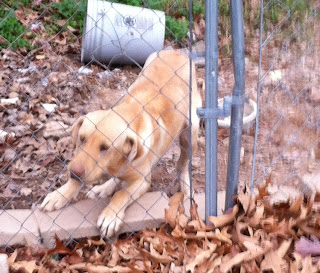 fostermom said:
I hope he finds a good home soon and can live in a house with a family who loves him.
Click to expand...